The tragic book called The Holocaust has many terrible pages. And here are only a few pages of this volume of human sufferings…

We found several interesting documents in the National Archives of Moldova connected with transfer ghetto prisoners to Palestine. 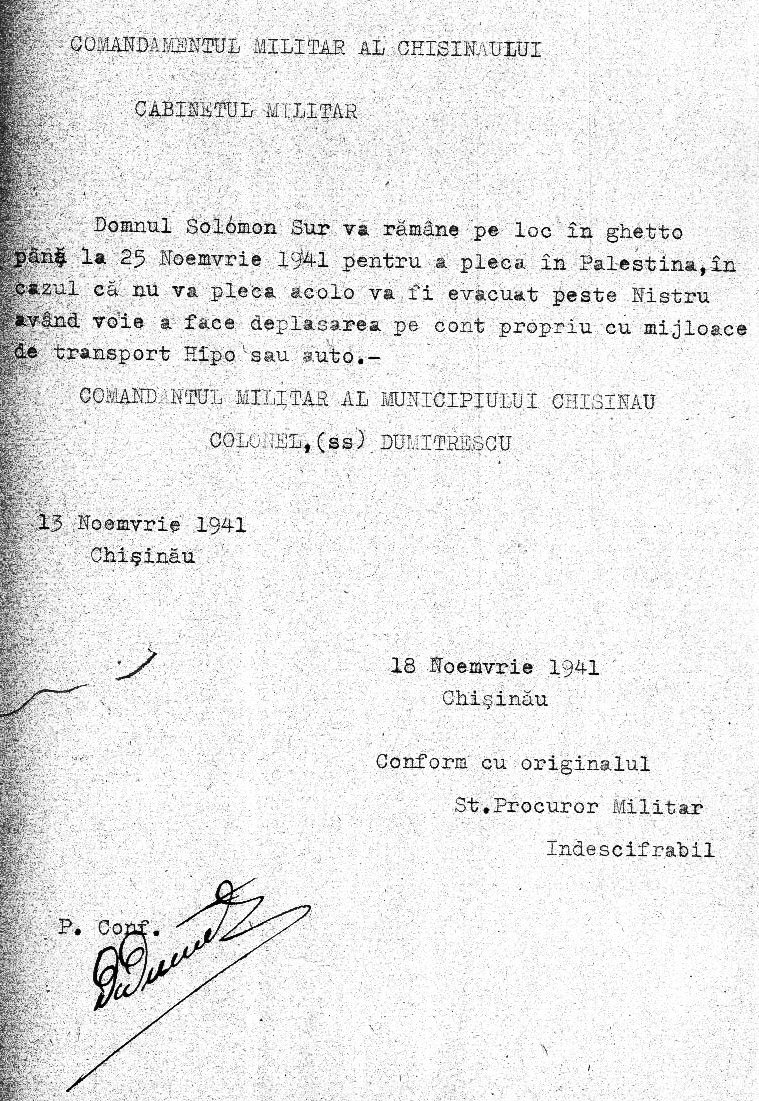 “Mr. Solomon Shur will remain in ghetto until Dec. 25, 1941 until his trip to Palestine. If he does not go there, he will be transferred across Dniester. He is allowed to go by horse or vehicle.

“The military commander of Chisinau Eugen Dumitrescu has authorized the family of Michael Schwartzberg, Clara Schwartzberg and their son Moses, not to be evacuated. These persons go to Palestine, and they are allowed to travel by train from Chisinau to Constanta via Reni-Galaţi.

They are allowed to bring household items and clothing up to 100 kg in suitcases or in the baggage car. 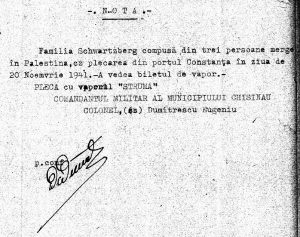 Schwartzberg family of three people is coming to Palestine from the port of Constanta on November 20, 1941. They have a ticket for the boat. Departure on the ship “Struma”.

Amazing documents. Let’s look at the circumstances around at that period.

Chisinau ghetto was established on July 25, 1941 in the poorest quarters of the lower city. There from 9 to 13 thousand Jews of Chisinau and nearby settlements were driven. The area was surrounded by a fence topped with barbed wire. Mandatory wearing of the yellow star was introduced. 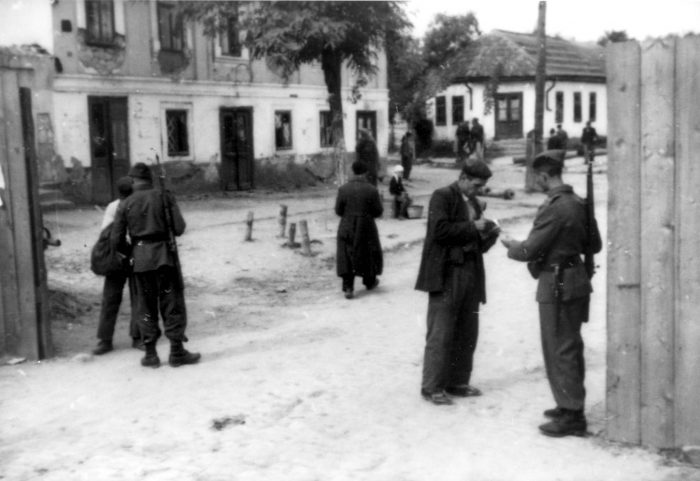 Hard labor, diseases, abuses, shootings continued throughout October until prisoners were sent to Transnistria. Those who had relatives and friends in Bucharest, called out for help by sending urgent telegrams.

In this situation to get permission to leave to Palestine one needed a lot of money or connections, but the fact is that 45-year-old miller Michael Schwartzberg, his 42-year-old wife Clara and their 14-year-old son, Moshe got a chance for salvation and the chance was “Struma“, a ship chartered by “Bureau” Turismus Mondial” that sent Romanian Jews to Palestine. The company already had experience of successful delivery of several thousand people on three ships. However, the fate of the “Struma” was tragic. It sank, only one passenger survived…

After studying passenger lists of “Struma” from five different sources, we did not find them there. They were not on board. And it became clear that they did not manage to use the chance to go to Palestine, but in reality to find their death on the seabed, and so the question remains about the place and time of their death. So we can only guess what prevented them from getting to the ship.

Sources used: Materials of the National Archive of the Republic of Moldova (ANRM)